From WVMAG Glass Magazine- All About Glass: The article was written by Tammy Kosla. The Williamsburg Restoration project began in 1927. The purchasing of the land began in 1928. The motto “That the future may learn from the past” has resulted in many of us being able to learn and see what it was like to live in Colonial America. We can see the eighteenth century public buildings and private homes with their gardens as they existed in their prime. Not only are the exterior of the buildings the way they were but so are the interiors.

When walking through one of these buildings you will see the wallpaper, furniture, china, silver, lighting, glassware and so much more that was used in the eighteenth – century. The items chosen for reproduction were submitted to an appropriate manufacturer where it was copied in exact detail. The sample and the original were then returned to Colonial Williamsburg, where the reproduction was critically examined. If a defect was found the item was returned for corrections. All reproductions had to be made using the same tools, materials, and techniques as the original. John D. Rockefeller, Jr. decided that certain modern companies with outstanding reputations for craftsmanship and excellence would be given the licenses to produce these reproductions. Blenko was chosen to make the glass.

Fragments of glass were sent to Blenko to be studied. Blueprints were drawn up for each item to be reproduced in the line. Also seen on some blueprints is at least one drawing of a fragment that was used to design the piece. The reproductions are all mouth blown using Cherry molds and hand formed using the wooden paddles. Each piece has its individual charm and reflects the skill of the person that made that one particular piece.

Amber, Amethyst, Emerald, Sapphire, and Crystal were the colors used in the Williamsburg Line. 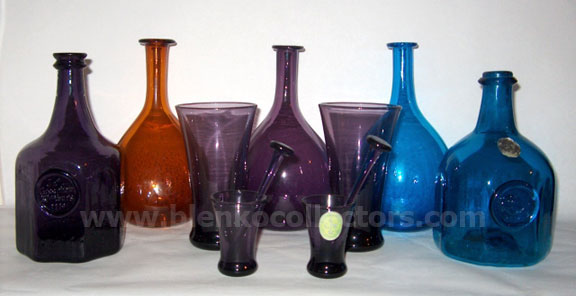 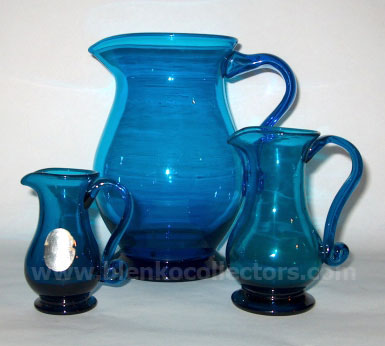 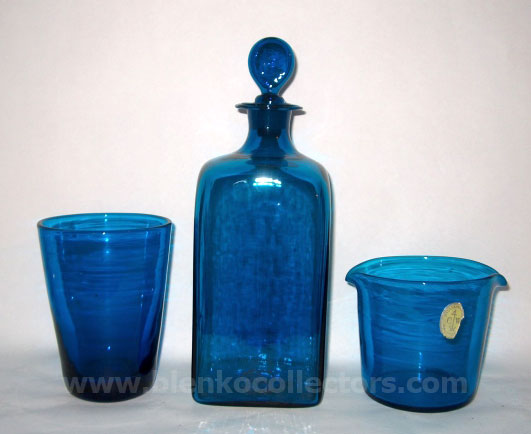 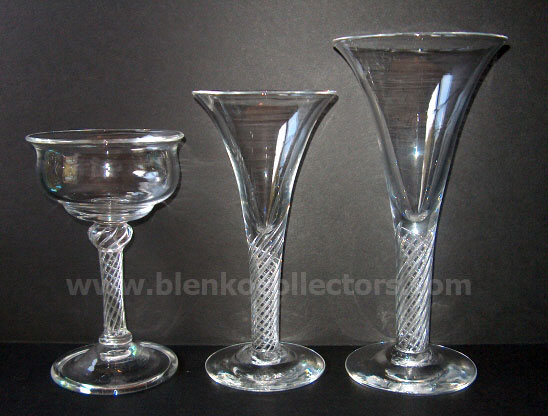